I recently received an email from a special man living in the Netherlands asking me to help get more information on PFC Hans Bergmayr.  Bart van der Sterren of the Netherlands has been adopting American serviceman's gravesites as a show of appreciation to those who lost their lives fighting for the liberation of his homeland.  He has certainly earned my respect and admiration by taking on such an important and uplifting endeavor.  He is hoping that he can acquire a photograph of PFC Bergmayr to add to his tribute of this fallen soldier.  The private's grave is located in Margraten in the Netherlands.

Here's the message I received from Mr. van der Sterren.

The first soldier I adopted is PFC Hans Bergmayr. He served at the 49 INF BN 8 ARMD DIV. and was killed on 26 FEB. 1945.  He was a first American / German immigrant.  He could choose to fight against the Japanese  or to be sent out to Europe to fight the Germans. He choose the latter and was killed in the Netherlands .  He is now buried at the military cemetery in Margraten.  I attached some pictures of the cemetery so you can get an idea of the grave site and impression of the cemetery.

I hope you can help me place a picture with the man that lies beneath his marker.    Bart van der Sterren 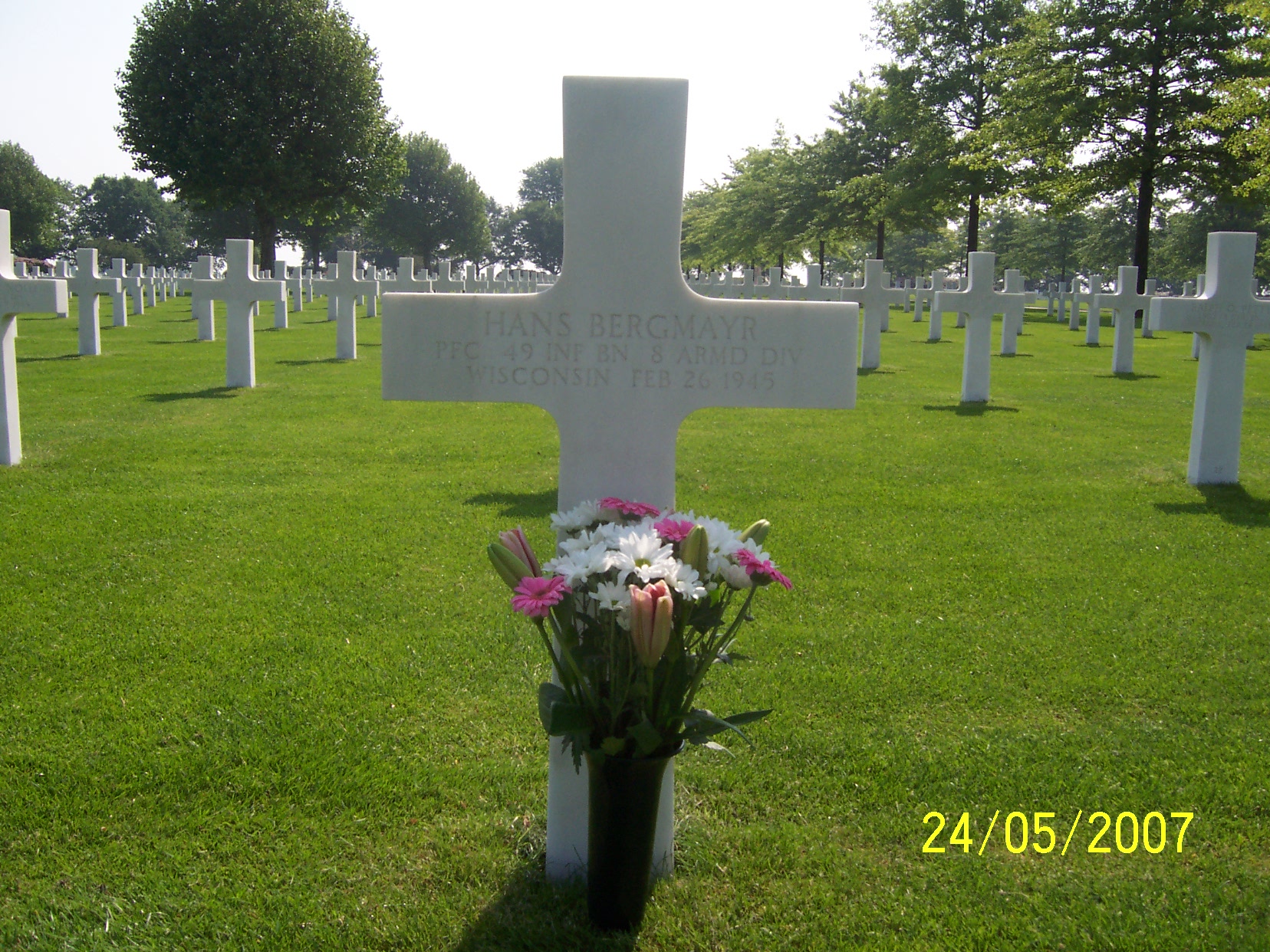 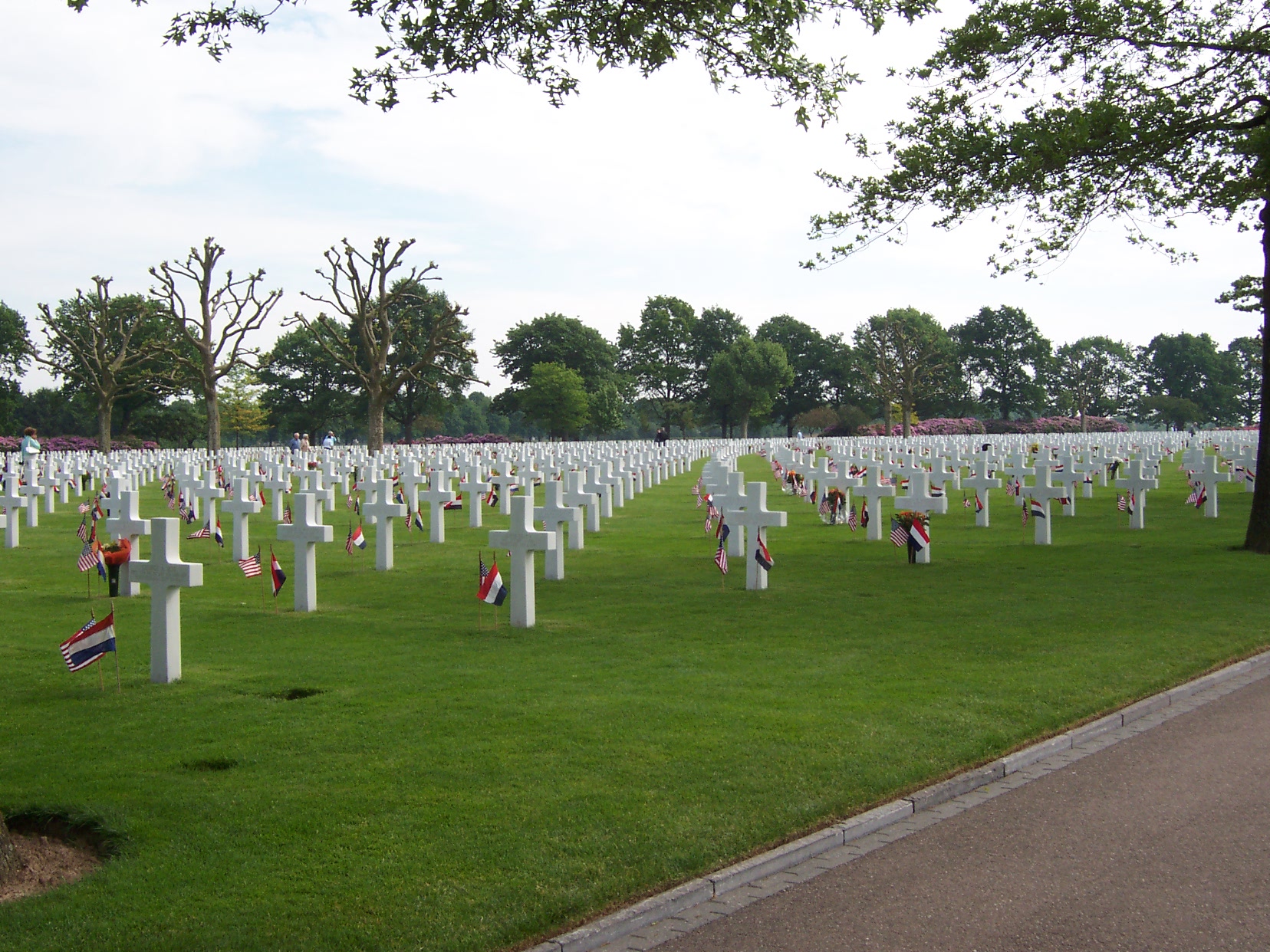 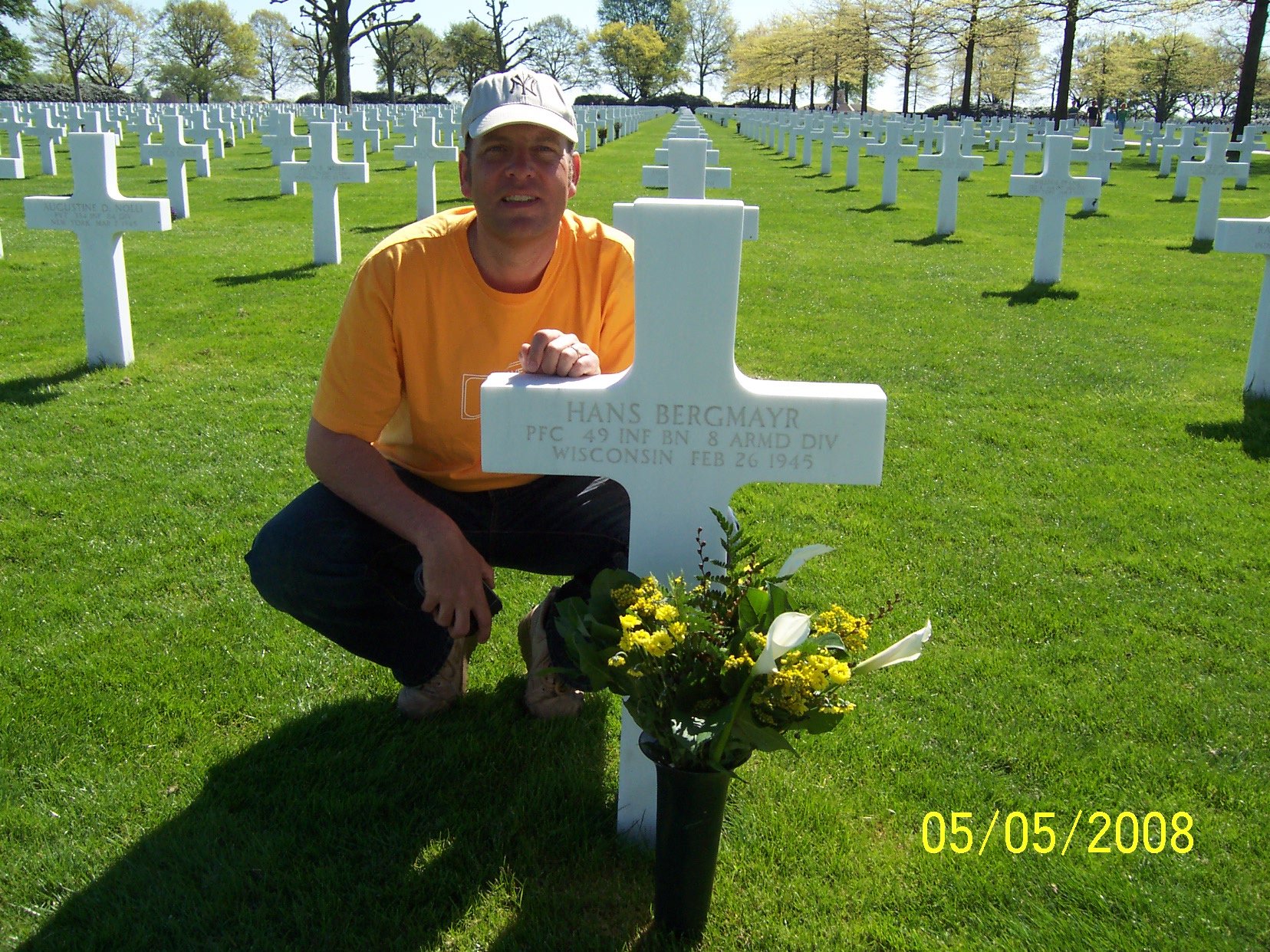 If anyone reading this page has any information or a picture of PFC Bergmayr please contact Mr. Bart van der Sterren and/or myself.  We would love to place a photo of PFC Bergmayr with this tribute.  Read more about the events surrounding PFC Bergmayr's supreme sacrifice on the 8th Armored Web Site.