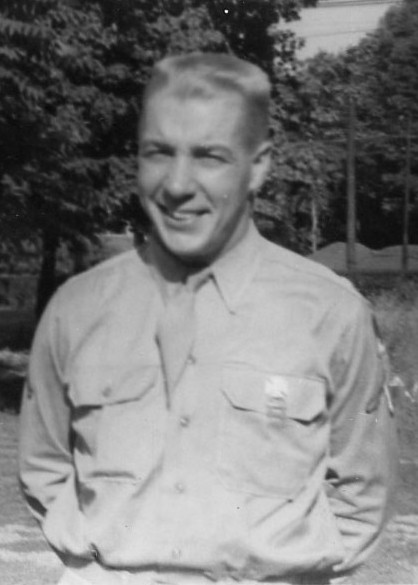 On Memorial Day 2008, Uncle John and I once again visited the WWII Memorial to pay our respects and share his story.  During our visit there, we met and spoke with Lynne and Lisa Rauscher, who were also visiting the Memorial to honor their father.  They had with them a picture of their dad, a remarkable man who served his country for an amazing 25 years.  Their pride as they spoke about their father was certainly evident as they spoke with Johnnie and I.  After posing for a few photos, we exchanged information and I offered to them a small tribute to their father here on Soldiers and Sailors.  I hope you enjoy the photos and profile of their dad, affectionately known as Jack, same as my dad.   Thank you Lisa and Lynne for sharing.  Enjoy! 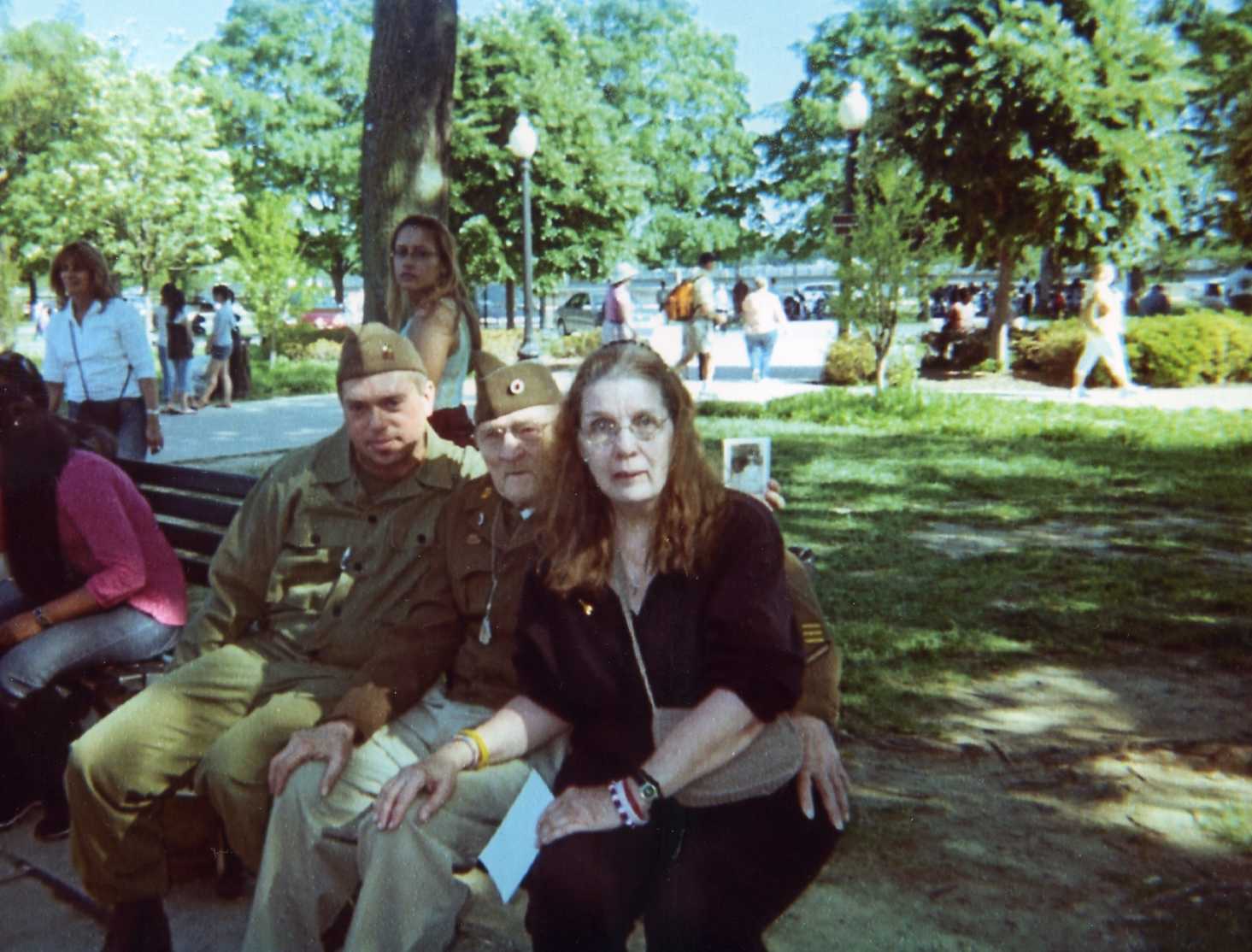 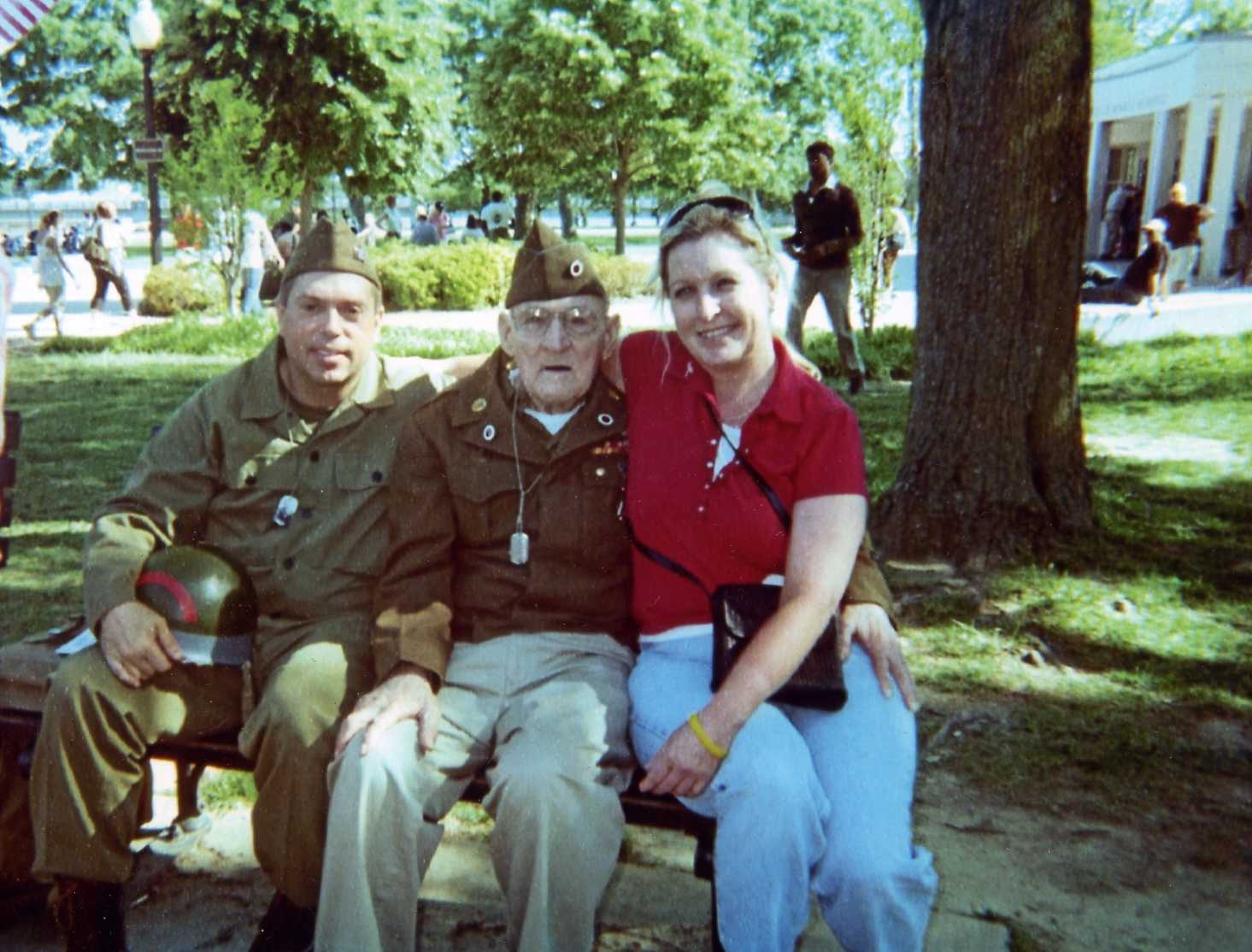 Lynn and Lisa Rauscher with Johnnie and I, Memorial Day 2008.
Lt Colonel Rauscher also appears in the photo just over Lynne's shoulder.

Before enlisting, Mr. Rauscher was exempt from the draft because he worked in an Cincinnati Ohio factory making parts for airplanes.

In April 1943 he decided he wanted to serve his country and joined the army.  He took his basic training in Tennessee and Kansas and progress to field artillery.  He was sent to England in the spring of 1944 and arrived in France in July of 1944 serving 8 months in combat.   At one time, his unit was briefly attached to Patton's 3rd army sent to help relieve Bastogne during the Battle of the Bulge. 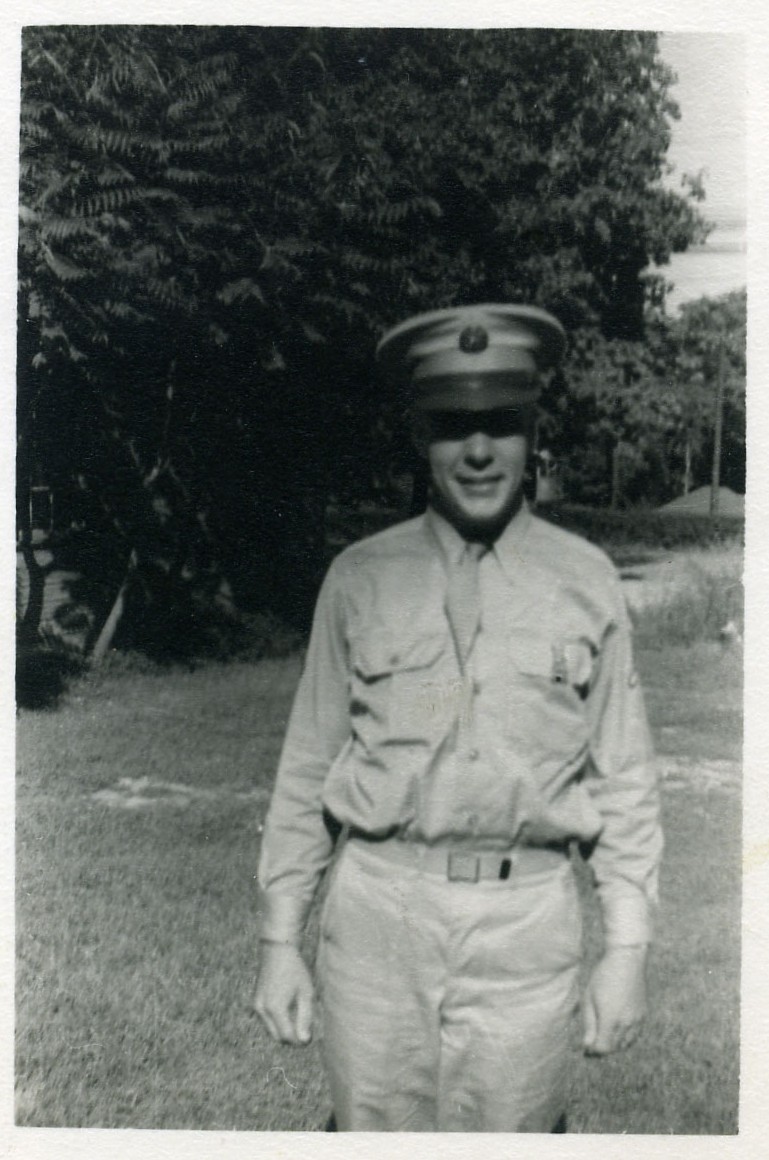 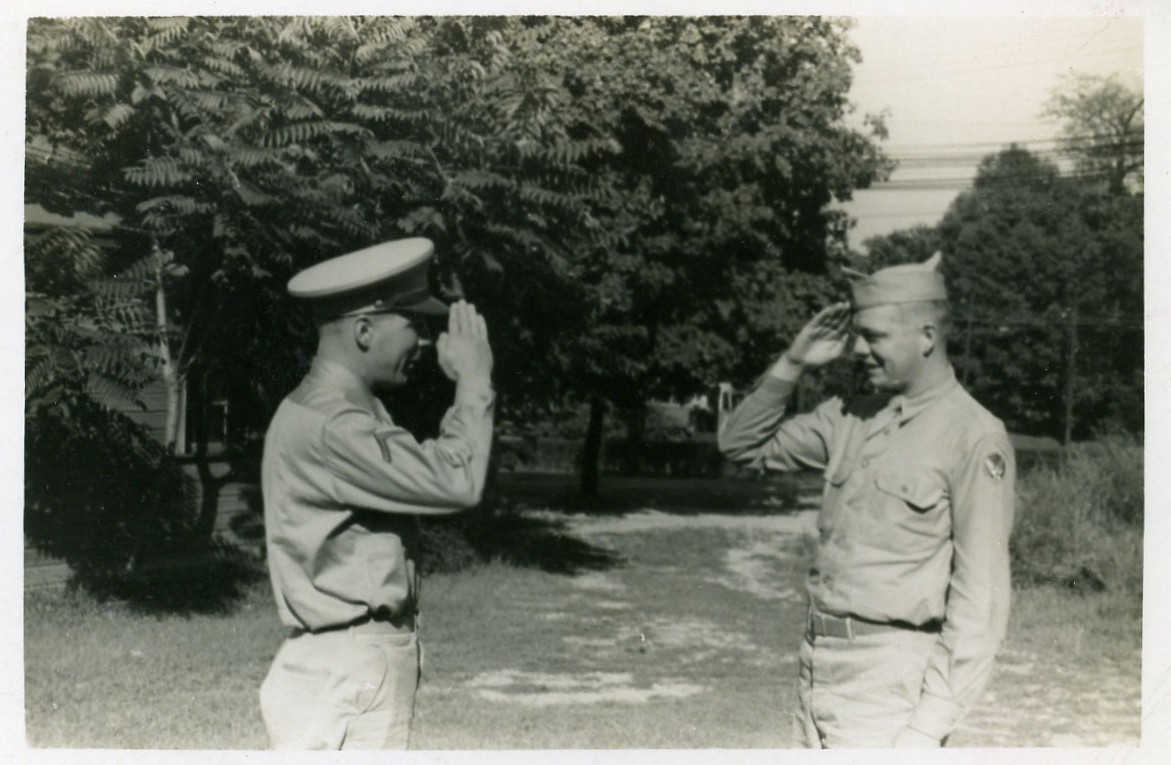 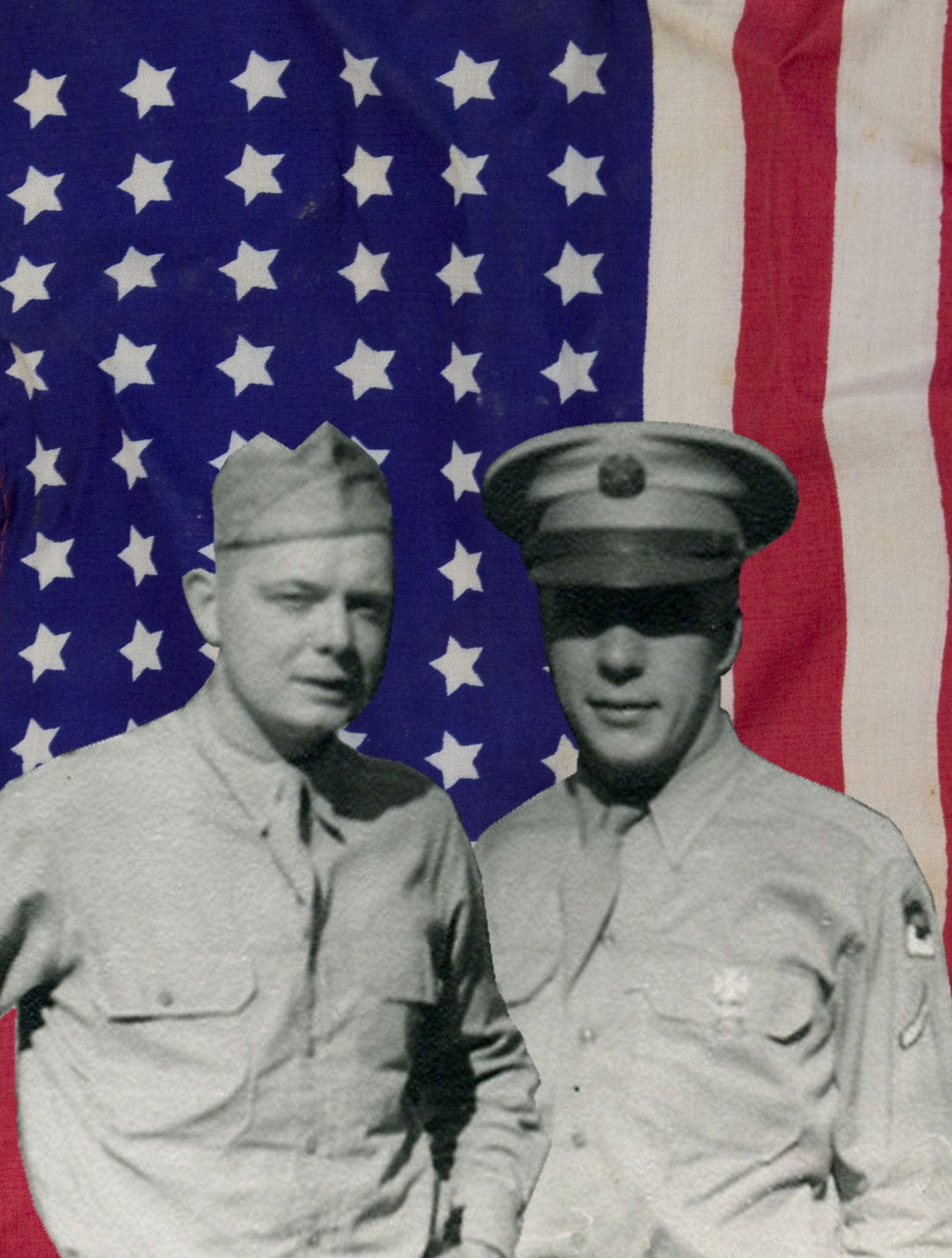 John and his wartime buddy Bill VanCourt of Cincinnati Ohio

While on leave at home in Cincinnati, the war with Japan had ended.  He was sent to Camp Bowie in Brownwood Texas and was honorably discharged from there in 1945, leaving the army as a Master Sergeant.  While back in Cincinnati, Jack decided to reenlist. He did so within 3 weeks of his discharge and returned to service at his present grade.

In 1950 Master Sergeant Rauscher was advised by his commanding officer to put in for a reserve commission.  He did so and was promoted to 1st Lieutenant.  Jack Rauscher finished his service career of 25 years in the Adjutant General Corps and retired as a Lt. Colonel in 1968.  Jack married in 1946 and had three children.  He stood his last post on the third of May 1996.

It is my honor to pay tribute in a small way to those who fought so valiantly to preserve freedom and liberty for generations to come. 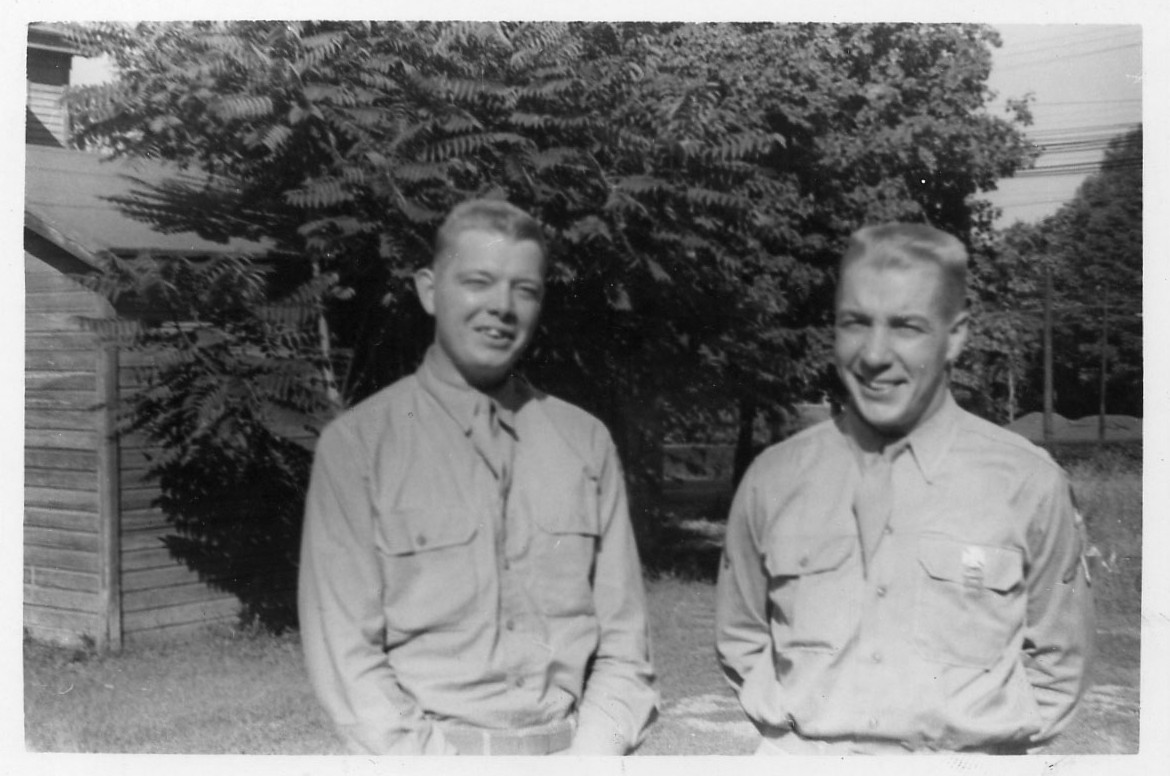 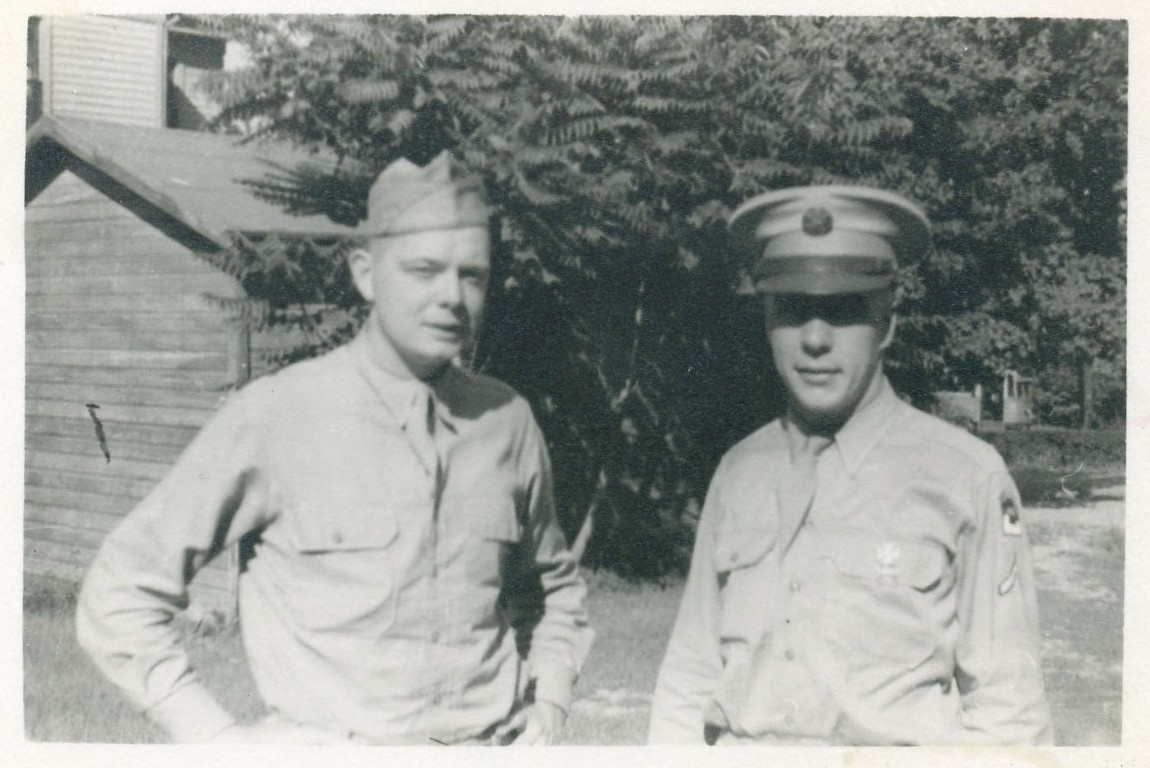