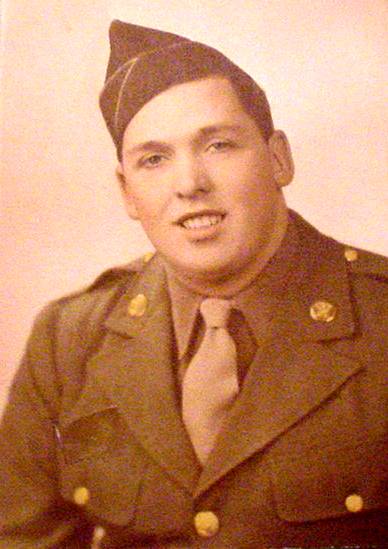 Husband to my Grandmother’s sister Lois Kretzer, Uncle Don fought as well in the Pacific, including Guadalcanal and Okinawa and was in the Army before the war began.  A heavy truck and equipment operator for the 1318th Service Command Unit, he was charged with transporting medical supplies, food, and ammunition.  After the war, he continued driving a truck for the City of McKeesport PA.  He and Aunt Lois were always at family functions, birthdays and the like.  Never having any children, he and Aunt Lois were always having the family for dinner and picnics.  Uncle Don loved guns and even loaded his own ammunition in his spare bedroom.  Uncle Don died in 1991 and was joined in death by Aunt Lois in 2002.

Taken verbatim from Don's discharge papers spelled out as it was.  Truck Driver, Heavy - Was driver of a heavy truck in amfhibian turck company.  Transported personnel,  supplies, equipment, ammunition, clothing, and food rations.  Also made minor repairs to truck when necessary." 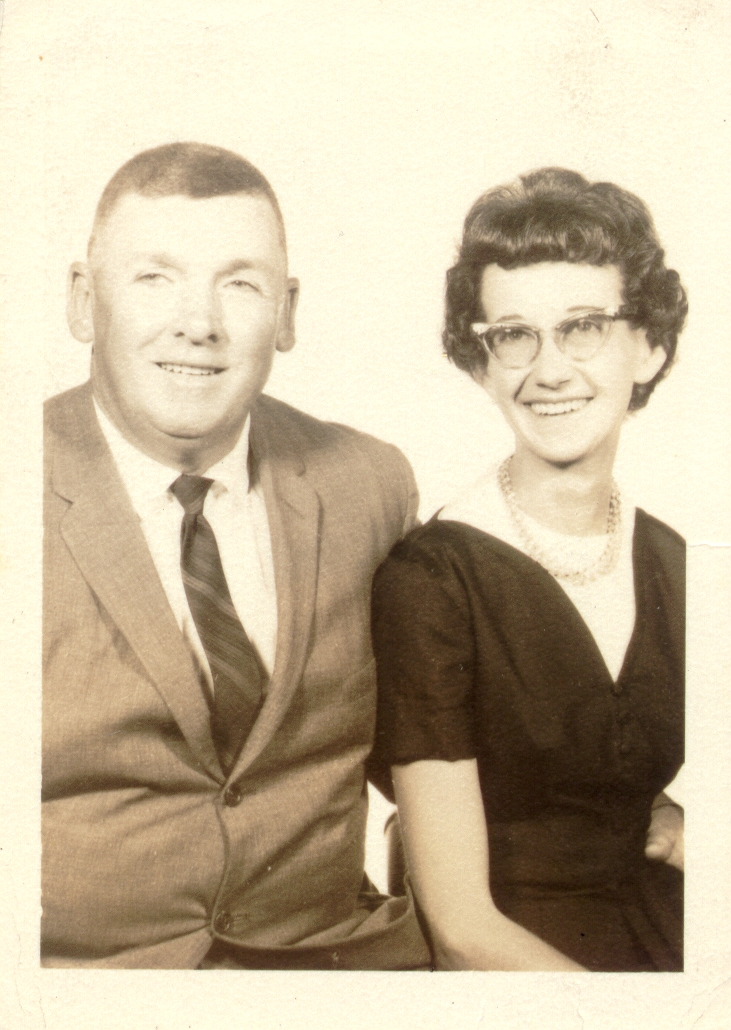 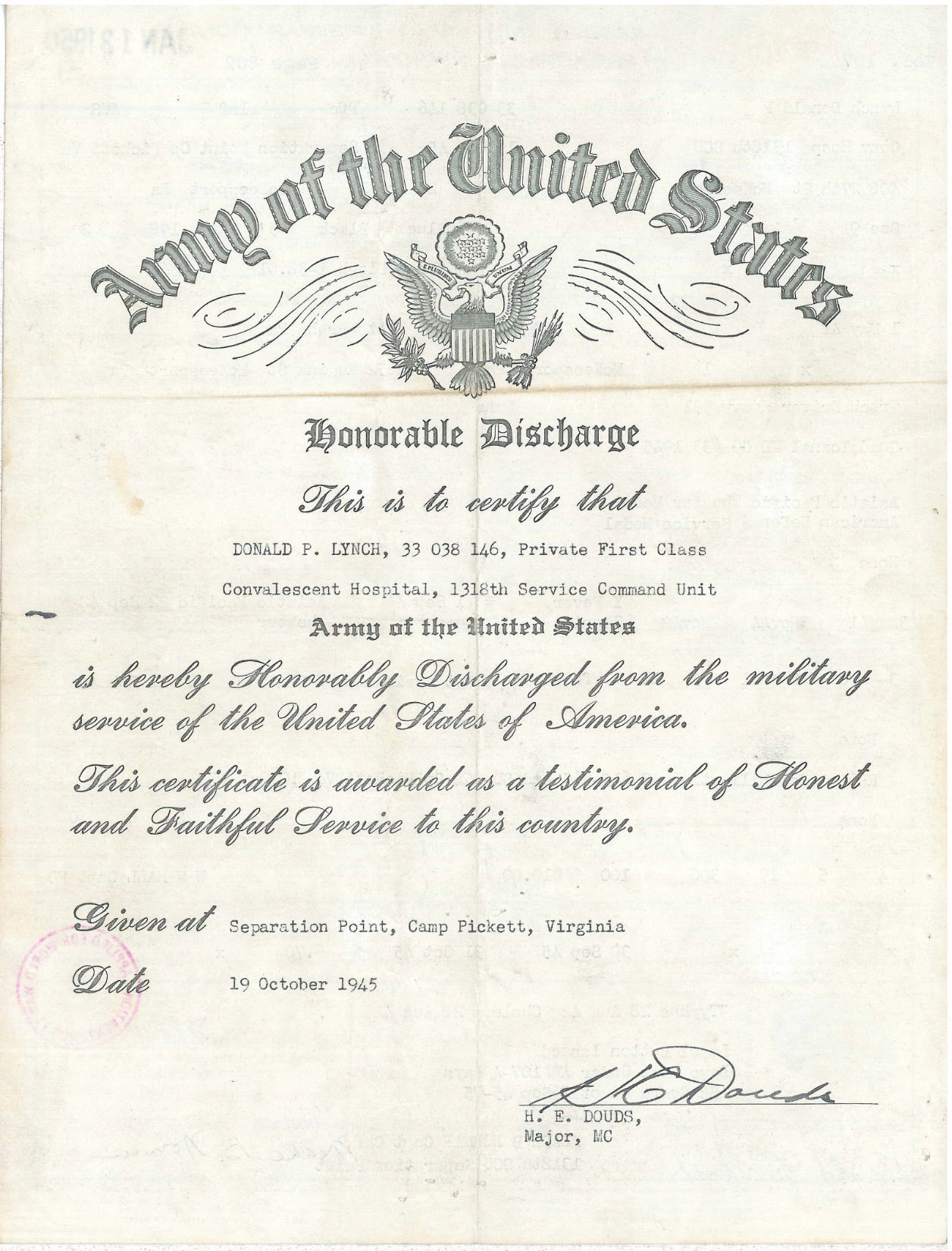